For the first time in a while, Mourinho could play two strikers upfront in the forthcoming season. As a lone striker, the young Marcus was largely isolated upfront, preferring to rely on his speed. END_OF_DOCUMENT_TOKEN_TO_BE_REPLACED

Manchester United had theirs in Federico Macheda. The 17-year old entered the Premier League with a bang, helping the club secure the title against Liverpool. He currently plays in the Serie B in Italy after years of failure. END_OF_DOCUMENT_TOKEN_TO_BE_REPLACED 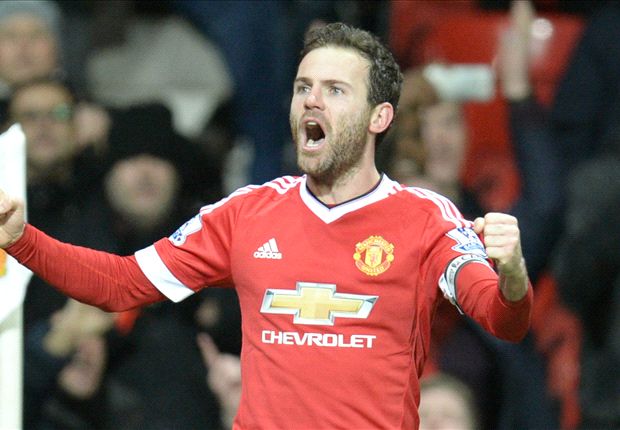 United’s unbeaten run since Chelsea’s 4-0 humiliation has helped them to their current position after 27 games. In any other season in the past, the current pull of points could help United get Champions League spot but this season is different. END_OF_DOCUMENT_TOKEN_TO_BE_REPLACED

He said that this had been an amazing experience as a footballer to train with players that you had admire when you were a little kid. END_OF_DOCUMENT_TOKEN_TO_BE_REPLACED

The player, who has spent time at Sampdoria, Queen Park Rangers, Vfb Stuggart, Doncaster Rovers and Birmingham City, was the youngster that got the winner for the Red Devils to seal the title in 2009 at the age of 17.   END_OF_DOCUMENT_TOKEN_TO_BE_REPLACED

Currently playing with Cardiff City, the striker has never settled in English football after exploding onto the scene when playing for United.Macheda had one of the sensational first few matches for such a major club like United. However, he had been unable to keep up his reputation of scoring key goals and this led to one loan move after the other. Sir Alex Ferguson kept a lot of faith in the Italian striker before finally deciding to sell him in 2014.

The striker was expected to get some much needed regular first-team football at Cardiff. After having moved to the bluebirds on a free transfer,Macheda was given opportunities to impress. However, recurring injuries and poor form as a result of it meant thatMacheda’s form never improved. Following the club’s relegation to the Championship last season, Cardiff started looking at other alternatives and sent the player out on loan to Nottingham Forest in order to keep up his fitness levels. This summer,Macheda has reportedly been told by the club that he is free to leave. END_OF_DOCUMENT_TOKEN_TO_BE_REPLACED

This season sees Federico Macheda ready to join Nottingham Forest. He would be given out on loan from Cardiff City.

The season will see Cardiff City transfer the striker to Nottingham Forest by the end of the season as the new season starts off. There have been reports in Italy that a deal has been struck. The deal will become applicable for the new season. Macheda has had a turbulent period with Cardiff City. He is known to be a striker from Italy. He would be moving to Nottingham Forest from Cardiff City. The deal has been sealed and decided upon.

He is considered to be a starlet player from Manchester United. The move from the club was hinted at in January. His time with Cardiff City had been uneventful as he could not become part of the first eleven. The last season saw him make eight appearances for Cardiff City. However, he was unable to score a goal for the club. Since his joining in 2014 he has had 21 appearances at league level. In total he has scored six goals. END_OF_DOCUMENT_TOKEN_TO_BE_REPLACED

If you have been following Federico Macheda’s career moves, you would have noticed the latest change in his role as he plays as a free transfer on the Nottingham Forest team. The change came by in March this year.

The striker came onto the team from Cardiff City. Initially, he was offered as a loan which was subject to clearance as per international transfer laws. Macheda has had a successful career till now, being a forward from Manchester United. About 24 years of age, he is definitely in demand and it should come as no surprise that a player of his caliber is demanded by other teams. This is the last season as per the contract.

Macheda is known to have started off his career with Manchester United at Old Trafford. Here he played for teams like Doncaster Rovers, Birmingham City, Stuttgart and QPR. After that he was out on loan to Cardiff from March 2016. His boss felt that he needed to go out there and play a few more games and gain experience playing for other clubs. Till then, he had only played about 13 games in league form. END_OF_DOCUMENT_TOKEN_TO_BE_REPLACED

Federico Macheda’s career appears to have reached a new point in his career and not in a good way as the Italian attacker joined Nottingham Forest on a loan deal which was agreed back on March of the ongoing year. One of the main reasons of why Macheda decided to join Nottingham Forest on a loan deal and make his way out of Cardiff City was to try and get more consistent playing time with the main team but this it hasn’t happened as the Italian player has had to settle with a place on the sidelines as a substitute player for the majority of the time that he has spent with Nottingham Forest.

Even after leaving Cardiff City and joining another club, Federico Macheda is struggling trying to find a regular spot in the main of whatever club he is performing in.

This is a huge turn of event for the player that stunned the world of football when he made his Premier League for Manchester United debut back on 2009. It was a dream debut for Federico Macheda as he scored the winning goal which helped Manchester United overcome Aston Villa with a superb goal and this was hugely impressive taking into consideration the fact that Macheda was 17 years old. END_OF_DOCUMENT_TOKEN_TO_BE_REPLACED

Italian forward, Federico “Kiko” Macheda, who was widely touted as the future of English Premier League giant, Manchester united, has come out in support of young talent, Marcus Rashford. Federico did get first team action for the EPL giants whilst he was a teenager but he is currently playing for English championship side, Nottingham Forest. The parent club of the 24 year-old is Cardiff City FC but currently his loan spree has taken him to Cardiff City. The footballer’s contract runs till mid next year with his club but his loan ends next month.

Federico also had a sterling start at Old Trafford playing for The Red Devils. Like Rashford, he scored in his first two appearances for the team in 2009. He was even younger than Rashford as he was 17 years old. He went on to score three more goals in his subsequent matches totaling 34, with Sir Alex Ferguson at the helms. After his poor run, his loan spree began. He has played on loan for Italian club Sampdoria, English championship team Queens Park Rangers (QPR), VfB Stuggart in Germany, UK team Doncaster Rovers FC and Birmingham. All these were before his eventual free transfer to current club, Nottingham Forest before being sent on loan again to Cardiff City.

Her told reporters when asked about Rashford that he doesn’t expect same to happen to the young lad. Macheda said: “Marcus needs to continue working hard, don’t grow a big head, don’t read or listen to all the hype and be lucky with injuries.”