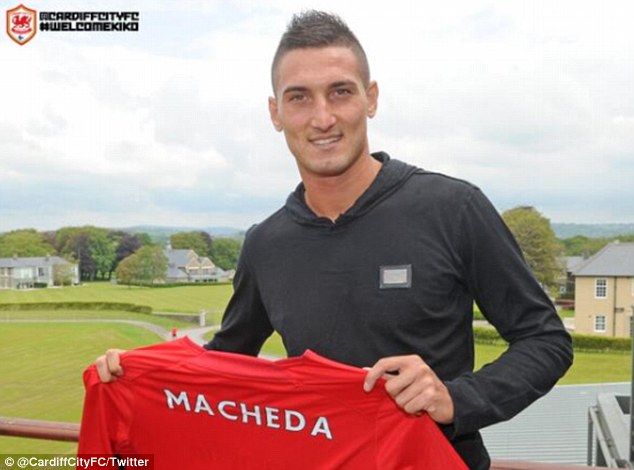 It is now eight years since Macheda scored a dramatic winner on his debut against Aston Villa and was immediately compared with Ryan Giggs, Cristiano Ronaldo and Wayne Rooney, not least by his own manager Sir Alex Ferguson but the Italian couldn’t live up to the expectations he was facing.

Many will say that the Italian has failed to attain his potentials but the player himself can look at what he has done, nod and say ‘I have tried’. He currently turns out in the modest Serie B for Novara and is firing goals on all cylinders.

The truth is Macheda disappeared from public gaze nearly as quickly as he arrived, going through six different loan spells and two disastrous seasons at Cardiff City where back problems left him feeling paralysed before he decided to return home to Italy to rebuild his career.

It is early days but so far signs suggest ‘Kiko’ made the right move. Now fit and pain-free for the first time since he left Old Trafford in 2014, he is back on the goal trail with two in his last four games.

The Italian U21 international has made a total of 21 appearances at Novara and a fantastic return of 7 goals.